How to build a lasting family fortune

You may have heard that Donald Trump, the billionaire real estate developer, has decided to run for the President of the United States of America. Beside his undisputed success in the real estate world, Donald Trump also boasts an impressive track record as a businessman, investor, and reality television star.

Admittedly, his skills in influencing people, negotiation and cutting deals are second to none. However, I was more keenly interested in how he got started, and how he had the money to go into real estate development, which is extremely capital intensive. Therefore I did some research on his background.

Donald’s life might have been very different if not for the financial support and tutelage from his father, Frederick “Fred” Trump, who born in in 1905 in Queens, New York City to German immigrants. Fred was also an entrepreneur and real estate developer, and this rubbed off on young Donald, who wanted to follow in his father’s footsteps. By the time of his death, Fred Trump was estimated to be worth $250 to $300 million. And according to Donald Trump’s recent declaration, he is worth about $9 billion today.

The Trump family story may be one of the most well known case of multi-generational family fortunes growing from strength to strength over generations. However it is not just a phenomenon happening in the US. In Singapore, there are also many cases of family fortunes that grew exponentially when the next generation takes over. 60.8% of all companies listed on the SGX are family firms. This shows that Singapore provides bountiful opportunities for one to build family wealth, and therein lies the challenge of ensuring that the wealth lasts for many generations.

What about people who are not big-time business tycoons, or are starting from scratch? How do you start building a family fortune that your future generations will remember you for? Here are some ideas...

It is common for clients nowadays to purchase term insurance plans that insures them for more than a million dollars. By paying premiums of less than 1% of the insured sum per year, the insured’s family can receive 100 times or more when compared to the annual premium. The proceeds from the term insurance policy could be directed to the beneficiaries chosen, or it can go into the estate of the deceased.

Using a term life insurance also allows an individual the flexibility of spending their retirement money, instead of having the pressure to set aside large portions as an inheritance for their children. This allows them to spend more for retirement, in greater comfort and luxury.

According to the book “Family Fortunes” by Bill Bonner, the secrets of families that stay rich generation after generation can be attributed to one single factor: a longer-term outlook. They are careful to spend their money on things that hold their value over time. They do not trade in and out of investments. Instead, they hold them for decades. They like long term assets that are able to benefit from compound growth, letting relatively modest gains grow over several generations.

One of the simplest way to do so is to invest in the stock market, buying shares of valuable companies that can remain in business and be profitable for many decades. It has been proven time and time again that over a period of 20 years or longer, stock market returns are almost always positive, and the chance of loss is almost none. Avoid the temptation of momentum investing and go for value assets instead. Warren Buffett said: “If you aren’t willing to own a stock for 10 years, don't even think about owning it for 10 minutes”.

Alternative option for individuals who do not wish to be involved in the stock market would be financial products that can help grow your savings for the long term, with the option to pass on the plan to the next generation.


Just last month, Prudential launched a plan designed for multi-generational wealth accumulation and transfer, known as PruWealth. Through this plan, anyone can build up a decent family fortune that can be passed on with ease to the next generation. PruWealth is an endowment policy that the policyholder saves money for 5, 10 or 20 years. It matures when the policyholder reaches 100 years of age. However on the death of the original policyholder, the plan can be transferred to to his/her spouse or child, and it will continue to grow in a safe and secure manner. Once the maximum tenure of the policy is reached (100 years old of the original policyholder), the proceeds can be reinvested into another investment (such as stocks or a business) to grow further.

There is a Chinese proverb that goes “wealth does not pass three generations”. The first generation works hard to create the wealth. The second generation enjoys the benefits but remembers the hard work of their predecessors, and therefore takes effort to preserve the wealth. The third generation lives a comfortable life without much hardship, and tend not to appreciate the hard work put in by their forefathers, and hence starts the wealth destruction process.

To reduce the chances of that happening, estate planning is a must, and it involves the use of legal instruments such as a trusts and wills.

A trust is an arrangement that allows a third party (known as a “trustee”) to hold and distribute assets to your beneficiaries according to a certain set of instructions. For example, instead of passing a large lump sum of money to a child who is merely 21 years old, a trust can be set up such that the trustee provides a monthly amount just to cover his/her essential living expenses. Too much money given to a youth without much life experience may do more harm to the child than good. Another Warren Buffett quote goes: “a very rich person should leave his kids enough to do anything but not enough to do nothing”.


Another benefit of having a trust is that it can carry on long after you pass away. Typically a person’s assets such as cash, shares, insurance payouts and property will go through the probate process and form his/her estate, to be distributed according to the will. However that would also mean that the assets would be liquidated instead of being held on so that they continue to grow. By having assets placed in a trust, they will avoid the probate process and can continue to live on even when the original owner passes away.

Specific instructions can also be stated down in your will. For example, you can mention that your freehold condominium will go to your spouse and not to be liquidated, or your precious Rolex watch shall be handed over to your son’s possession as a heirloom.

Estate planning helps to preserve the family fortunes and distribute it in the most cost-effective and time-efficient manner, so that the next generation can build on the inheritance and grow it even further. It may also reduce the chance of misunderstandings and family conflicts.


The wealthy knows that they will pay a much greater price buying cheap rather than buying quality. This also applies for the professionals that they work with, such as accountants, lawyers and financial planners. They rely on their trusted advisers to provide them with insights and suggestions that would be beneficial to them. They put in place structures (such as insurance, companies, SRS, trusts, or wills) to protect their wealth, which may costs a some money to set up, but will eventually pay off and benefit them in future.

They invest in education and training, to grow their financial IQ. They also ensure their children are well educated in good schools and right career paths so that they can continue to add to the family wealth, rather than subtracting from it.

If you are running your own business, how will your business be passed down? Most family businesses forms the bulk of the family wealth. Poor succession planning will hurt the business, which therefore leads to hurting the family finances. Would your children want to take over the family business? Can the business be sold at fair value to outsiders? If the proprietor dies suddenly, or is struck with a major illness or disability, what contingency plans are there so that business operations are not impeded?


The buck starts with you

Starting a family fortune is hard. Keeping it for the long run is harder still. Building wealth from scratch involves learning how to inculcate delayed gratification, taking calculated risks, taking the path less travelled and investing with a long term view. Fortunately there are many ways to make this journey easier. With the right implementation of financial products and legal instruments, you can start building your family fortune today. A good financial adviser can help you to plan, strategise and implement the solutions to a brighter future. The buck starts with you. Start planting your family fortune seed today and your future generations will remember your name.

Credit Ratings of Insurers in Singapore

Currency is designed to be lost 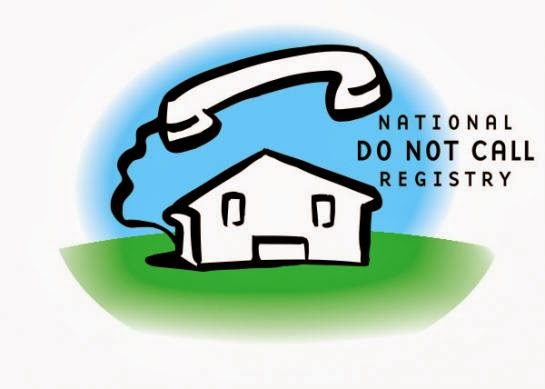 Implementation of the National Do-Not-Call Registry