The Power of Delayed Gratification 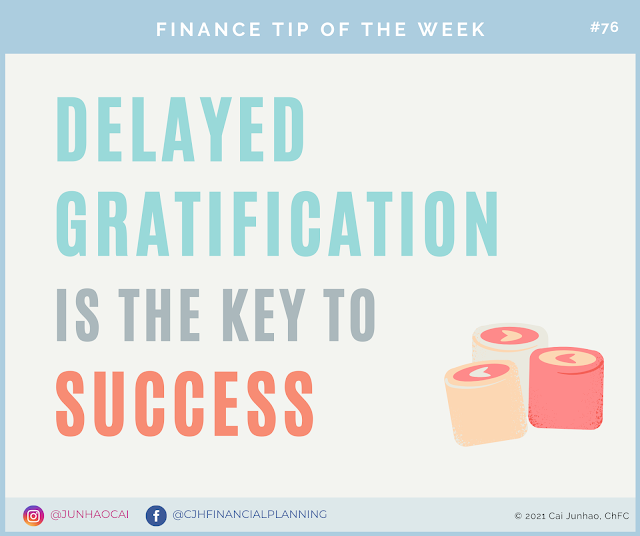 The Marshmallow Experiment
In 1972, Stanford University conducted an experiment on children aged 3-4. Each kid was brought to an empty room with a marshmallow on the table in front of them. They were told that they can either have a marshmallow now or if they waited 15 minutes without giving in to the temptation, they can have 2 marshmallows.
Some kids were unable to resist their temptation and ate the marshmallow in front of them. A small handful of the kids were able to stay disciplined and managed to wait out the entire 15 minutes.
The Stanford researchers continued to track these kids as they grow up (they would be in their 50s today). What is astounding is the kids who practised delayed gratification are more successful in life. They had higher SAT scores, able to cope better with frustration and stress, more academically and socially competent, and generally better in a variety of life measures.
A 2011 brain imaging study on the original Standford participants also showed a more active prefrontal cortex, which is responsible for functions such as planning, decision-making, differentiating good and bad, and thinking about future consequences.
Delayed gratification is also important in attaining success in money management.
If you delay the gratification of spending money on your dream [fill in the blank], you would have more money to invest and grow that money.
If you are patient and reinvest your profits back into your investments, compounding will make your investments even larger.
Buying insurance is also a form of delayed gratification. We pay premiums, but that money is locked away from us. However, if we suffer a major illness or pass away, the payout becomes a thousand times greater than what we put in.
So every time we make a financial decision, be like the kids that waited 15 minutes. With delayed gratification, you will certainly be more successful in every facet of your life.
#delayedgratification #FIRE #FIREmovement #marshmallowexperiment #money